This afternoon, Marvel Studios announced that Avengers: Infinity War would release worldwide on April 27th. This announcement comes after months of the studio promoting the release date of May 4th for theatres in the U.S. Of course Marvel couldn’t just simply Tweet out the announcement without some fanfare. That’s where Tony Stark himself, Robert Downey Jr., came in. 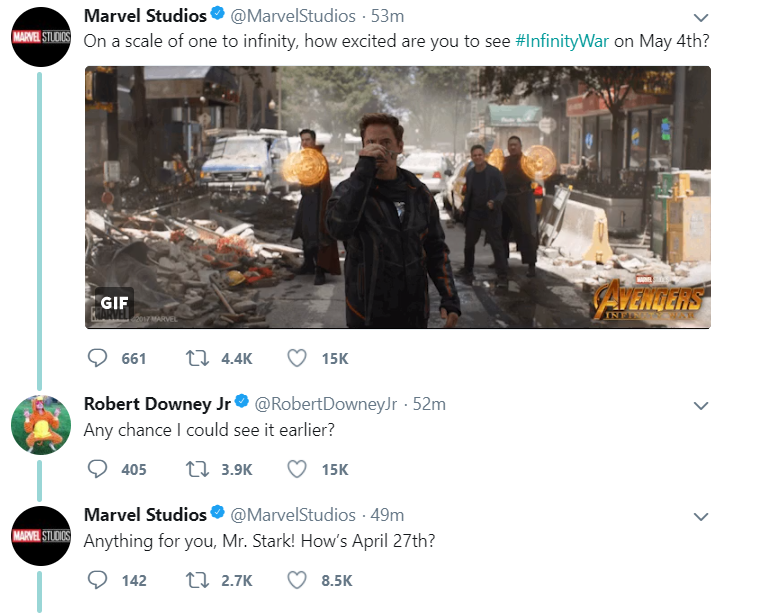 As you can see, the staging of this announcement starts so naturally. RDJ simply asks to see the premiere just a little earlier, and the Marvel Twitter account comes back by involving a few more stars of the anticipated film. You know, just to build up the hype all the more. 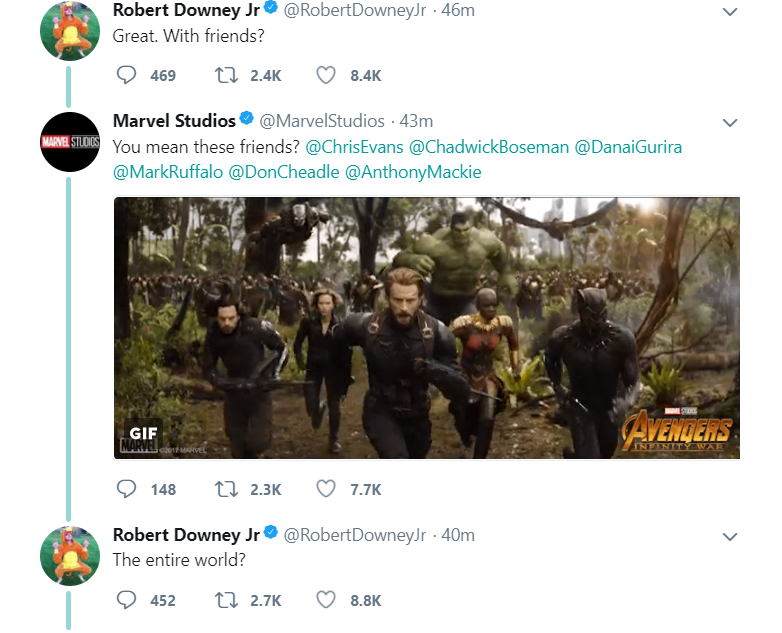 The Twitter thread then ends with RDJ asking if Marvel can gift this new release date to the whole world. They oblige, and immediately share the movie poster with updated release date. 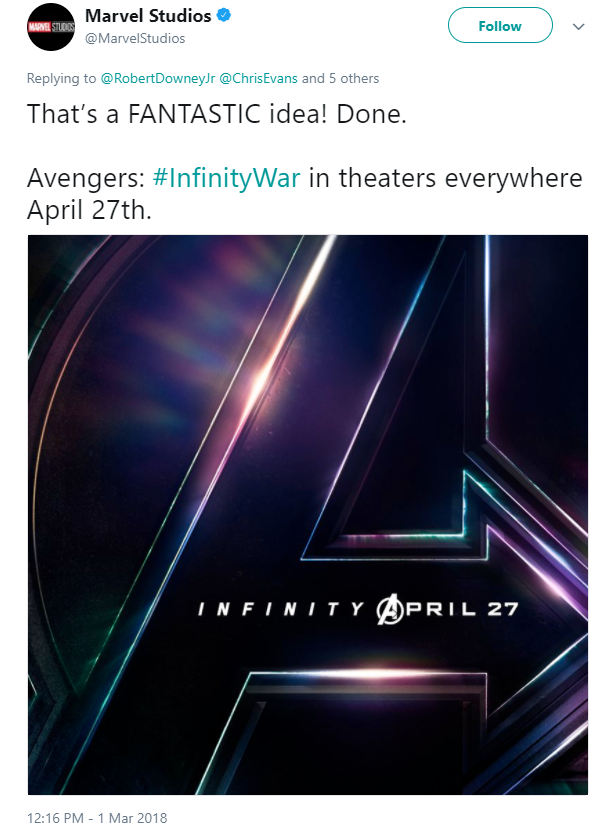 The Twitter announcement lead fans to immediately speculate about the development, even going so far to doubt that it was too good to be true. It has officially been confirmed that the release date will be April 27th everywhere – just as the poster promises.  If you're curious you can go to the Marvel Studios Twitter account to see the reactions yourself.

As Marvel fans rejoice about being allowed to view Infinity War that much earlier, we have to give major kudos to Marvel Studios on their genius way of making this announcement to the world.