Order Your Copy of 'Time Lord Victorious' & Get Our Exclusive Cover 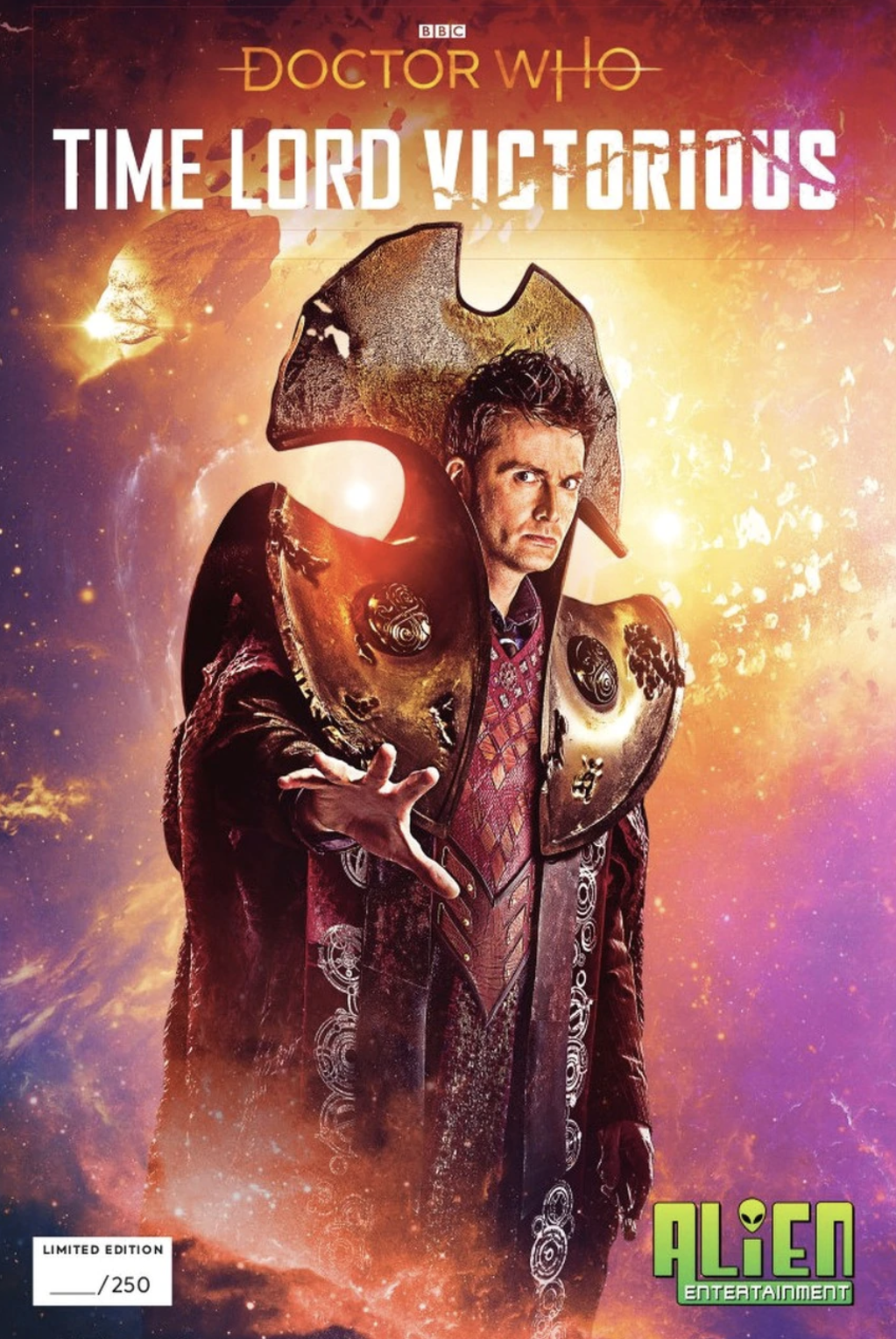 "Doctor Who: Time Lord Victorious #1 is a new comic adventure for the Tenth Doctor that sees the return of the Doctor’s most iconic enemy, the Daleks! When the Doctor faces his ancient foes once again, it soon becomes clear that things aren’t what they seem – time is all wrong and something is coming that terrifies even the Daleks!

The Time Lord Victorious saga is being told across audio, novels, comics, vinyl, digital, immersive theatre, escape rooms and games. The adventure will tell a new and untold saga, set within the Dark Times at the start of the universe, when even the Eternals were young. The story follows several Doctors across space and time as they defend their home planet from a terrible race."

This comic with special cover is limited to only 250 numbered copies, one per customer.

We will have the matching Issue #2 available for release on October 7th. Details on this coming soon!